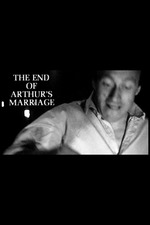 The Play's The Thing Project

"Yes, I was guilty of that (film). Christopher Logue, who's a fine poet, had written a very funny, imaginative script, a surreal fantasy with songs by Stanley Myers about a man given some money to pay a deposit on a house and goes off and buys an elephant with his daughter. There were scenes involving the elephant going down a canal on a barge. There was no way I could achieve that. I could see it in my head, but I didn't have the technique or experience to bring it off. I was the wrong person for the job, unfortunately. It was the first time I had shot anything on film too, and it was a total cock up"

- Ken Loach on directing The End of Arthur's Marriage

I'd tried to watch The End of Arthur's Marriage before and failed abysmally, switching it off after ten or fifteen minutes. I wanted to watch a Ken Loach production and this freewheeling, quasi-musical fantasy was nothing like (what we have come to expect from) a Ken Loach production. But I think he's been far too hard on himself when discussing this film. Whilst it's unlike his other work, he wasn't necessarily the wrong person for the job. I think the real issue here is that Logue and Myers tale is simply too ambitious for the budget of a mid 60s BBC Wednesday Play. It's not just the elephant, the whole tone of the piece requires something akin to The Beatles' Yellow Submarine film which would arrive just three years later - and I'm now smiling at the thought of a little animated Ken Jones as Arthur. A quirky full length animation (or part animation at least) would allow for the wilder scenes and signpost the prevailing mood of the piece as it moves from the everyday domesticity to the more surreal and experimental jumps the narrative makes. For example, there's a scene where Arthur and his daughter Emmy are being led through seemingly never-ending staircases and corridors behind the scenes at London Zoo - this would work superbly in a Yellow Submarine animation style backdrop, but instead the BBC are using what appears to be the same studio space shot at different angles with a white drape background.

There's more than a whiff here of the French new wave as well as Brecht which is certainly something Loach, with his love of European cinema and theatre, could emulate but his documentarian style doesn't always sit easily with these tropes. Also, with its use of conventional songs by the likes of Long John Baldry and in-character songs such as John Fortune's amusing, tongue-tripping salesman's pitch, it affords him the opportunity to dip his toe into the musical genre (a genre which is surprisingly revealed to be the one he adores more than any other in the recent documentary Versus: The Life and Films of Ken Loach) but it just doesn't come off anywhere near satisfying enough, despite some truly effective moments and some good playing from Ken Jones and Maureen Ampleford as Arthur and Emmy.

Overall, I'm glad I gave this a second chance but it isn't something I would rank as essential Loach and I can see why he himself remains deeply unimpressed by it. The in-laws song though, about being middle class and afraid of negroes, jews and intellectuals, should become the anthem of the Brexiteers if you ask me.

The End of Arthur's Marriage is available on the excellent DVD boxset Ken Loach at the BBC and on YouTube. Please sign the petition I started here to get these classic television plays repeated once more.