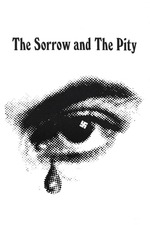 This landmark 1969 documentary from French filmmaker Marcel Ophuls explores the occupation of France during WWII but more, it confronts its audience of those born after that time with a philosophical and (thankfully) hypothetical question; would you possess what it takes to be in the resistance against the Nazis, risking your life for the potential freedom of France one day, or would you collaborate with them for a quiet - and sometimes privileged - life?

Ophuls had originally made his film for television, with the intention of splitting it into two 120+ parts. However these intentions were soon scuppered when the authorities refused its broadcast. Using contemporary interviews and archive footage from material such as newsreels and propaganda films like the despicably anti-semitic Jud Süß from 1940, and the locale of Clermont-Ferrand as his subject, Ophuls paints a deeply absorbing picture of what life was like under Nazi occupation that belies its four hour plus runtime. But its the contemporary interviews that hold our attention the most. Ophuls doesn't pick sides, and so does not shy away from shining a spotlight on figures who are, or were, sympathetic to the Nazi cause, and asking them - as partisan (pun not intended) as possible - to explain themselves. Watching them now, older, greyer of hair and thicker in form, looking back at their life some thirty years earlier and trying to justify their behaviour is as compelling as it is sickening. Is it any wonder then that the French authorities got cold feet? The Sorrow and the Pity blows apart their preferred myth that Vichy France was full of patriotic and courageous resistance fighters, highlighting instead the ugly truth of human nature; that some would do anything simply to survive. Faced with this censorship, Ophuls had no alternative but to release his documentary to cinemas.

The film is packed with memorable 'characters' from the farmer Gaspar, formerly of the Maquis, a proud socialist who looks like the gallic version of Brian Glover and barely contains the bitter resentment he feels for those 'Bad French' neighbours who collaborated with the enemy and got rich from the black market and Dennis Rake (and cat!), an openly gay British SOE agent who initially feared that his sexuality would make him less brave than his heterosexual counterparts. Reader, it did not. Be advised though, you'll need a strong stomach for the fat, bald cigar chomping and unrepentant former Nazi interviewed at a family wedding.