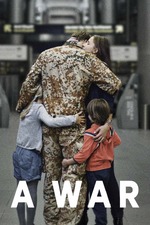 A War of Who's right or Who's wrong?
Extremist Islamic Members, Civilians, United States, NATO, Soldiers, Christians, Muslims, Ak-47, IED's, AR-15, M4, Drones, Languages, Culture, Friends, Family, Life or Death.
War is always wrong, until it is right, and it is always unjust. War, it is inessential in it's desirable necessity, yet, it thrives, it'll always blossom.

I try to think of the future of Afghanistan and Muslim people all over the world, but it's unfathomable.

The liked these reviews

The is using Letterboxd to share film reviews and lists with friends. Join here.