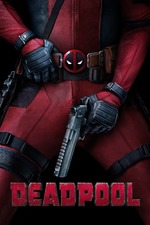 As a fan of Wesley Snipes and his portrayal of Blade, I am more than happy at any opportunity to point out that the retrospective celebration of Iron Man as the Hero franchise that 'started it all' is whitewashing bullshit - 10 years earlier, Blade started it all. Tis a fact. Before Blade every Marvel movie and alot of the TV was niche, embarrassing genre crap that caused no one the slightest anticipatory palpitation. Blade was the first real blockbuster that felt confident, and cool, and blended a serious badass with a wry humour and a grandiose sense of narrative, in a movie you wanted to see in the cinema with a star turn that redefined what Marvel should aim for.

Blade was the building block, without which Iron Man would probably not have been the next step that proactive RDJr would've chosen, etc etc etc. Imo more people would remember this if the Blade franchise hadn't been sabotaged under ulterior motives and a witless group of improv indulgent comedy thesps on the sequels.

Unfortunately I couldn't maintain it the whole way through, as in places it's actually quite funny, has one of the top five best summation sequences about a romantic relationship you will ever see, and it moves at a fast, efficient clip to pack in a decent amount so you're never bored. Or at least not 'bored' bored. You can still be bored by the predictable predictability of any hero and villain action 3rd act, and you probably will be, since it isn't clever on any deeper level, and isn't trying to be. On top of that Reynolds reminds us that he can actually do his job and act, something you have to go all the way back to things like The Nines to believe. It's not as good as say, season 1 of Jessica Jones, but isn't as bad as oh, Blade 2 and 3.