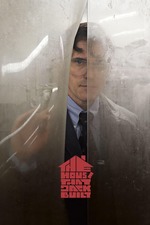 When I first watched The House That Jack Built (2018) (Dir. Lars Von Trier), I called it “a masturbatory, overly self-indulgent, and has the level of pretentiousness-ess equivalent to a person shouting at you with 100 megaphones and at 10 meters in front of you saying “DO YOU GET IT???!!! DO YOU UNDERSTAND WHAT IT REPRESENTS???!!! IT’S SO DEEP RIGHT???!!! RIGHT???!!! DO YOU AGREE WITH ME OR NOT???!!!”, over and over and over again to the point that I can call it a long and ever-expanding line of dogshit stitched to each other moving in a circle”, but I was deeply, utterly, and from the bottom of my heart, “Wrong”, so “Wrong” that in fact, I think that I should be (as per Lars Von Trier tradition) severely and relentlessly punished and beaten for my wrongdoings and actions and that this is more than a “motion picture”, a “photoplay”, a “feature”, a “joint”, a “flick”, a “movie”, a “””Cinerama”””, a “Film”, a """""""""""""""Cinéma""""""""""""""", a “””””Cinématographe”””””. And even more than a “Kinography”, it is an unforgettable experience that transcends art and life itself and no other thing in existence can or will come close to how impactful or resonating to this “Absolut Meisterleistung”.

It delves into sociopolitical, existential, and metaphysical ideas and themes and captures the human condition in a way where it rivals and in many aspects, surpasses classic pieces of art and literature like: To Kill A Mockingbird (1960) (Author: Harper Lee), Also Sprach Zarathustra, Ein Buch für Alle und Keinen (1883) (Author: Friedrich Nietzsche), The Creation of Adam (1512) (Artist: Michelangelo), The Starry Night (1889) (Artist: Vincent van Gogh), Air on the G String (1731) (Composer: Johann Sebastian Bach), Moonlight Sonata (1801) (Composer: Ludwig van Beethoven), Citizen Kane (1941) (Director: Orson Welles), Jeanne Dielman, 23, quai du Commerce, 1080 Bruxelles (1975) (Director: Chantal Akerman). The scene where the ideas and themes of the “Film” are most present is where a sequence of images and videos of serial killers, terrorists, and school shooters getting arrested and the protagonist, Edgy Glasses Bloke (Played by: Matt Nicholson) says (in a monotone voice) “This is the society that we live in, we truly exist in a 1984 Fight Club world and it’s only a matter of time before the “sheeple” wake up and realize this” and while you can complain and criticize on the message that the scene is trying to convey, I do think that it’s very brave and controversial and does say a lot about humanity and the placement of that scene is also important since it gives us a bigger scope to the whole tone & content that’s visible throughout the entire runtime and it puts us into the mindset and thoughts of the protagonist and is connected to the following segment because the next segment that follows is where the protagonist (Edgy Glasses Bloke) decides in which order will he shoot his fuckwit family with a hunting rifle, and it was at that moment where I fully and completely sympathized an with him and to further explain my thoughts, what can I say, I understand Edgy Glasses Bloke, but uh-, I- I think he did some wrong things, yes absolutely, but I can see him sitting in his industrial freezer in the end, uh, and don’t worry, there will come a point at the end of this, I'm just saying that-, I think that I understand the man, he’s not what you would call “a good guy” but I understand much about him and I sympathize with him a little bit, yes, and that moment particularly reminded of the time when I tried to and almost ran over both my ex-boyfriend and ex-wife with a used 2006 Toyota Corolla in front of an AS(S)DA.

Those ungrateful bastards got lucky, whatabunchofcheatin’degeneratesthey were.

Now, the choice of making almost all of the characters (beside the protagonist and his companion) have the mentality and speech pattern of a heavily inebriated and braindead knobhead is very interesting, the first “incident” (since this is cut up into five “incidents” which are the substitute for chapters) explicitly shows this in where some biddy couldn’t shut for the ever-living FUCK UP and then 5 minutes later, proceeds to get her skull (deservedly) smashed in with a Tesco™ Branded Claw Hammer by Edgy Glasses Bloke and it was extremely satisfying when that happened and in a lot of ways, help me relate to him a great deal more, you know?

I mean, who hasn’t thought of killing or murdering someone because they were annoying as all hell, there was this one time where some lad was “talking” to me inside a pub and he always tells me, “So, how’s your day been? (Or some variation of that)” and I always say, “Yeah, it’s been going (not) fine, I've already told you this for the 276th time now, George, now, what will say you next?”, I swear to God, if he tries to tell an extremely drawn-out and monotonous monologue on how he got a 3£ discount at an ALDI, I am going to grab the nearest sharp object and stab that bugger, where was I a moment ago?

Oh yeah, since there are inner and outer monologues on how he feels about art, architecture, and other things that only pseudo-intellectuals care about but yet, it’s just as much a deconstruction of art as it is a celebration of it, this is expressed clearly in the scene where the protagonist (Edgy Glasses Bloke) and his companion (Virgin played by Brundle Grams) are talking about animation and animated art and then they show a scene from the American adult animated science-fiction sitcom, “Rick and Morty” (2013-present) (Created by: Justin Roiland and Dan Harmon), specifically the scene where one of the main characters, “Rick Sanchez” (Voiced by: Justin Roiland), turns into a pickle however the scene was intercut with footage of lassies masturbating with pickles accompanied with uncensored images and sounds and all, and it was a-, um, unique viewing occurrence to say the least, and I'd go as far to say that it was borderline experimental, however, that didn’t prepare me for what was going to happen next, because, the next scene that occurs is a 150 minute long orgy sex scene and I was definitely perplexed, but intrigued nevertheless, now, I should point out that I watched the “theatrical version” (please forgive me) and not the “director’s cut”, the only major difference in the director’s cut was that the orgy scene was 300 minutes long and I was sadly not able to get that cut, but the one thing that really stuck with me and one thing that I would call the only “detriment” that’s present in this “Meisterstück” isn’t the scene itself, and no, again it’s not because the scene was bad or anything similar to that, it’s that I watched this with my parents who came over from Burnham and they were very exhausted and that, YOU SHOULD’VE PUT A 10 SECOND WARNING BEFOREHAND LARS SO THAT YOU COULD’VE SAVED ME FROM THE EMBARRASSMENT THAT I FELT LARS, WE HAD TO ENDURE THE WHOLE THING AND WITHOUT THAT, YOU WOULD HELP AVOID ME GETTING A 2 HOUR LECTURE ONCE IT WAS ALL OVER.


But it makes up for it during the scene that comes after that when out of nowhere, Edgy Glasses Bloke suddenly commits mass genocide on the human race while Kommt, ihr Töchter, helft mir klagen (1685-1750) (Composer: Johann Sebastian Bach) plays in the background and it is one of if not the best scene that I've ever seen throughout the entire history of “Film” and it’s also one of the most oddly beautiful & touching things that I've ever seen.

Checked back to my “therapist” yesterday and he said that my mental state is going to get “slightly worse” in the next few weeks ahead but he said that it was nothing to worry about and gave me a bottle of Anti-Schizophrenia Medicine and I left, and I examined The Criterion Collection™ Blu-ray Release of “Eraserhead” (1977) (Dir. David Lynch) that David Lynch gave to me as a “gift”, and there was (unfortunately) not a disc of the actual “Film” nor was there a severed human ear or an IED (Improvised Explosive Device) or that there was simply nothing there at all, it was just some bootleg disc of “Ricky Gervais’ Guide on Burying & Disposing of Corpses, Rotting Animal Carcasses Among Other Things” (2009) (Director: Ricky Gervais) and somehow that was helpful in discarding and cleaning the dead bodies of the Lars Von Trier fans that were stuck in my basement some days ago but the video quality was a bit shite though but still, thank you, Lynch!