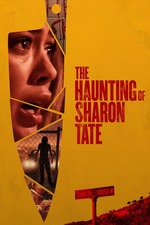 The Haunting of Sharon Tate

Instead of exploiting and disrespecting the deaths of people who died tragically, why don't filmmakers just take their violent alternative history film ideas and change some details to make something at least slightly more original? I'm not saying all alternative history stories are bad or exploitive. I totally get the "what if?" nature of their premises. But if, for example, this film was instead about a fictional actress in the 80s who has visions of her death, you could still tell your "scary" horror story and not have to worry about historical accuracy, offending those affected by the real life murder, etc. I mean it's not like Sharon Tate's name made this more marketable.

Anyway, this wasn't good, but the ending was actually kind of interesting. Frankly, I expected much worse. If you like Hilary Duff, then you will probably at least not hate this movie.