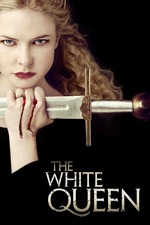 I know this isn't a movie, but as long as it's on Letterboxd, I'm going to log it.

I enjoyed this mini series. To be fair, I already had an interest in this specific time period. And even if the series took a lot of artistic license with the historical accuracy (though it draws from a series of novels), I did learn a lot. The acting was pretty great. At some times, it felt like the story was moving both too fast and too slow at the same time, but when you're covering 20 years of history, I suppose that's going to happen. Speaking of the time period covered, I don't think a lot of effort went into aging the main cast members over the 20 years. Most of them looked the same by the end. Still, I quite liked this and will be continuing on to watch The White Princess.

The Haunting of Sharon Tate

Dead in a Week (Or Your Money Back)