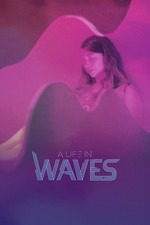 A Life in Waves

Documentary about the life of pioneering electronic musician Suzanne Ciani. Growing up playing the piano, she atttended Berkeley's music course. Praises her mentor Don Buchla, whom she worked with and learned from. He was an inventor in the field of sound synthesizers. She would go on to form her own company, making the sound effects for movies, commercials, and a pinball game. Later releasing solo albums in the 80s. On 1982's Seven Waves what she was trying to do was create "sensual, feminine, romantic, passionate, emotional music. Music with machines". With her second solo album in the mid 80s, she talks about the relief of the New Age category in record stores , which meant customers would be able to find her music. From her third album the focus would shift to piano-based music.
Nature is a major inspiration for her work: "Nature gives us confidence that the world works without us. This is all orchestrated without us, We didn't plan it. It's just here, and it's perfect. The other thing about nature is it's a little more chaotic, it's like, birds and Bach. The birds are beautiful, but it's not composed. So for me, nature is a spiritual starting point, because it brings me peace and calmness, and that is what my music is about"
Other electronic/new age musicians mentioned: Robert Aiki Aubrey Lowe, Rob Zantay, Sarah Davachi, Kitaro, Chris Ianuzzi, Peter Baumann