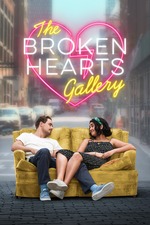 I expected to dislike this, I almost "wanted" to dislike this .... I actually didn't!
I have a bit of a backlog of free rentals on Rakuten from my bank and noticed one was expiring this week so picked something I could watch with 'er indoors since a lot of the other films I've bookmarked on Rakuten she refuses to watch with me. So, pretty annoyed when she nodded off after 30 minutes - I could have been watching Korean zombies....

I honestly didn't dislike this film, it's a by the numbers rom-com for the most part but quite quirky and seems to hit most the right notes despite it's predictability.