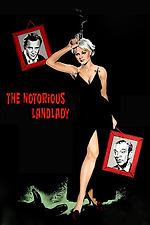 This is a weird movie. It seemed like they had these three actors and just wanted to have fun in London, so why not make a movie?

It can't decide if it's a romantic comedy, or thriller and then it turns into a real slapstick in the third act for no obvious reason.

I never really believed in what I was watching. Jack Lemon is not the kind of leading man who can hold a movie against Kim Novak. I never believed she was particularly interested in him. It's very arch, everyone has to behave according to unwritten rules because otherwise the entire plot would unravel. What Ebert called the Idiot Plot.

There are moments, Kim Novak is always stunning and mesmerizing and there are scenes with Fred Astaire and Lemon that are fun, but otherwise it's no Bell, Book, and Candle.