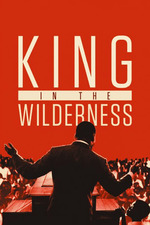 King in the Wilderness

Decided to watch this before MLK day since our country is intent on reducing King to Cuddly Uncle Martin who just wanted everyone to get along. King's approach to non-violence has largely been nerfed to where white people forget that King's non-violence was radical because it was meeting white violence.

Anyway, the filmmaking on this is alright, but as a document, it succeeds in breaking down the fractured final years of King's life as he looked for a new mission. This documentary showed that even King was a bit a lost (hence the title) as he spoke out against the Vietnam War, the rise of Black Power advocates like Stokley Carmichael who wanted to use violence, and turning his attention to economic discrimination. And all of that was still consistent within King's worldview, but it made for a hard road. I just wish the documentary was a little more interested in critiquing an America that has failed to live up to King's ideals.