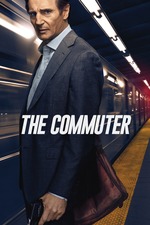 It’s actually pretty ok. On the level with the other collaborative efforts between Neeson and this director.

The action here finally finds a way to cheat Neeson’s age by keeping him in character as both a little more than the average 60 year old (he’s an ex cop!). You won’t be rolling your eyes because the camera shake obscured the whole thing and makes you car sick.

It’s fluid. They learned some nice lessons from the cheatcut one take style that’s taken over since Kingsman. It’s got a deliberative pacing that’s a good change up since no one can beat that Kingsman Church fight scene and using the technique without purpose (Birdman) just draws attention to it and away from what’s happening.

Like with Non-Stop, the baddies have a kind of mystical techno-omnipresence that never ever pays off in a way that backs up the initial spark that sets the action in motion and Neeson on a quest for The Truth.

It’s more fun guessing and trying to figure it out than looking back at what exactly they did narratively.

CGI is fine, I guess, at least they’re trying stuff?