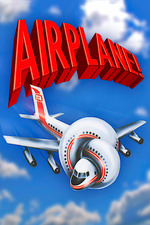 Some genuinely funny jokes throughout and the film doesn't take itself seriously. It also has some great character moments, especially with the Murdock character. Despite this, the jokes are so surface level and feel like the most obvious punchline. This would be ok if the film didn't think it was a smarter comedy than it actually is.

This underlying feeling of over trying just made the experience fall flat. The acting was kinda mixed, there were some good performances from Robert Hays and Lorna Patterson but others like Julie Hagerty felt really stilted. Plenty of people enjoy this and love it, so maybe I'm missing something here.

P.S. This film is more concerned with flashbacks than being on the aircraft smh.