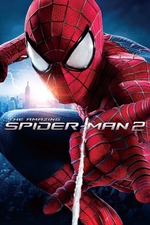 I'll be totally honest I bought into the bandwagon that said this should be disregarded and forgotten. YMS ruined any chance of me genuinely enjoying this back in 2014 but honest to god who could hate something this sincere and emotionally potent. This is a straight-up cacophony of operatic emotions and sorrows like everything is drenched in sadness to the point where it overwhelmed me several times. Systems of authority fail you, making you feel like your a freak, you should be disregarded, that you should die because no one cares who you are or what you stand for. They would rather perpetuate and keep their infrastructures alive, no sign of humanity to be found (the one who understands your hurt tries to offer a hand but is powerless to stop the transgressions of others). Relationships try to stay afloat, friendships blossom and fail, your parent's death lingers in your mind (unresolved), loved ones moving on, trying to find hope and clarity in this disorientating world.

This is all too much to bear and the film knows this, the film offers release towards the climax; Gwen Stacy's death is the actualization of everyone's pain, the shattering and exercising of the characters (and our) fears. Gwen shouldn't have died, she didn't need to take this burden but through this the world is able to move on, start anew. Gwen's spirit infects Peters soul, gives him the strength to go on, he becomes hope. The empathy and care that radiates from Gwen is impassioned in all of us. The world is a mess, things remain broken, unchanged, undying but there's always a chance that we can persist and be who we're meant to be. This is the cinematic equivalent to Buffy season six where everything is so blunt, cutting, earnest and melodramatic that it helps you through feelings within yourself and provides a sense of finality and catharsis. Borderline dystopian levels of grandeur in terms of its emotional framing. This strikes me as the inverse of Raimi's trilogy, they both reach high levels of comic staging but one is lighter and the other is darker (Raimi's is Batman & Robin and Webb's is Batman Returns so to speak).

Raimi will always have the upper hand for me, he set the precedent, he weaves his emotionality through all three Spider-Man films (I'm a sucker for his pulpy light euphoric tone) but Webb did his own thing with it, even if it was just for one film. If people don't care for this, that's fine with me. This is a very personal film, it's just for me to treasure and hold tight and knowing me I will never let go.