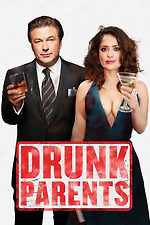 My wife and I wanted to watch this not for what it was but for what we thought it might have been.

We were in that kind of mood. You know the one (I hope), that "what's the weirdest and dumbest thing on Redbox that we can make fun of?" kind of mood.

I imagine that's how most people who would come to watch this movie would watch it. At least I hope so. I really wouldn't wish this on some middle-aged couple with no knowledge of film who picked it because they recognized Alex Baldwin (sadly I'm sure there are plenty of exactly those types of couples who have seen it).

Anyway, we decided that we wanted to try to guess, based on the poster and nothing else, exactly what to expect in this film. We wanted to make a game of it. So I got on the computer and we came up with a bunch of guesses as to what the film would contain and we put it to paper. My original idea is that I was going to copy and paste the entire document into Letterboxd and have that serve as my review. And it was a decent enough idea, because we were so sure of what this movie was. It boiled down to a few things:

-this is a Redbox-caliber amateurish production in which Alec Baldwin and Salma Hayek filmed for a day so they could be put on the poster, when they are in fact not the leads
-the movie is mostly about shitty kid actors
-it would be a bunch of stupid slapstick with not much else going for it
-it would feature boring comedy has-beens making abrasive and annoying cameos

Suffice it to say we were quite wrong (for the most part).

-this is a movie that looks like a real movie with an actual production behind it
-Alec Baldwin and Salma Hayek are present for virtually the entire running time, and the film is mostly absent kids
-Slapstick? Kinda...I guess. If you count CGI spiders
-Comedy has-beens? I guess that depends on how you feel about Will Ferrell and Colin Quinn

All these things became quite clear within the first twenty minutes of the film. I began to sink into my chair, resigning myself to something generic and boring. But then halfway through I began to develop a theory:

This movie was filmed in or around 2014 with a different title with the intention of releasing it theatrically under the Relativity Media banner, but got caught up in Relativity's bankruptcy and shelved. It was then picked up by some obscure company, had it's title changed to give off a false impression of it's plot, and it's poster changed for the same purpose.

I promise you, watching this movie with that theory in my brain was one of the most fascinating cinema experiences I have had in quite some time. I refused to go online to confirm my theory for the duration of the film, and instead treated this thing like a scavenger hunt for clues to confirm my theory. And believe me, there are mountains of clues that confirm that theory. Just a taste:

-This movie would never have been made in a post #metoo era
-The casting makes much more sense if it was filmed in the immediate wake of 30 Rock
-The production has enough recognizable faces in it that there is no plausible way it was originally intended as some straight to Redbox garbage (I mean, Will Ferrell makes an extended cameo, and the guy may not be at the peak of his powers anymore but he's a little bit above straight to Redbox)

That's just a drop in the bucket. As the reasons piled on and piled on I was so so certain that I was right. Because the alternative seemed implausible. How is it that this movie, with this script, and this cast, and this plot, and this title, could ever be made in 2019 and shoved straight to Redbox? It just doesn't make sense.

But sadly, my theory was incorrect (mostly). The truth is that there isn't much information available about the production of this film, and I fully believe that there are some strange anecdotes that will probably never see the light of day. But from what I could discover, there is no perfect resolution. Yes, this sat on the shelf for like two years. That's all I could confirm. My grand theory will never be completely proven. Cue sad trumpet sound.