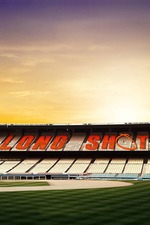 A quick, interesting and, at times, emotional film about how sometimes chance and absurdity are the only way for justice to prevail. I watched the Curb Your Enthusiasm episode (Car Pool Lane) that provided the footage placing the defendant at the Dodgers game on the night of the murder in question before watching this documentary. It wasn’t surprising but unsettling to find that Larry David’s persona on Curb matched his talking head interview demeanor throughout this film. This isn’t a wacky story, it is a man’s life at the hands of a corrupt system, though to David it is a wild cockatiel story. The film does a good job of shining a light on this contrast but it felt limited in scope and emotional depth perhaps because of it’s length or general pacing. Shout out to the shitty PA who let Juan and his daughter walk into frame during a take.