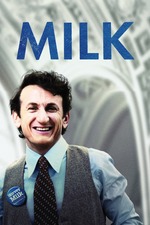 Milk is a powerful film, directed wonderfully that is truly a must see for all humans because, sure, it is well shot, acted and produced but more importantly Harvey Milk’s story and legacy should be common knowledge for every person in the USA.
At times, I thought the pacing lagged and some motifs were a bit on the nose, but the general framing of the story built up the emotion and intensity which made Milk and the mayor’s demise incredibly impactful.
Quick shout out to Ryan from HMS who didn’t say much but had quite a bit of screen time. Also, I couldn’t help but thinking “why is James Franco here?” for the first 30 minutes of the film.

Through a Glass Darkly