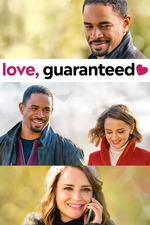 I liked this better than I had expected to, based on its trailer, which I found really corny!

Rachael Leigh Cook was so cute. At first I was rolling my eyes at Rachael playing that typical nerdy character that she always plays, but then I thought, maybe Rachael is just like that? LOL. And they gave her this overly quirky car that I think can play only one song, ugh, which just happened on the show "Stumptown".

Rachael's wardrobe is WONDERFUL, and I really liked a few of the songs on the soundtrack. Also, Kandyse McClure, who plays Ariana - yowza.

You can kind of guess how the entire movie will go, because it's all a bit generic, but it was done in a cuter way than I expected. I loved the scenes of Damon going on the dates. The first hour was definitely the stronger part of the movie, and then, well, it goes into cliched territory. Somebody goes into labour, hijinks, court, etc.

I'm pleasantly surprised. Have tempered expectations. If you want to watch something dorky and cute on Labour Day weekend, this is it.

I love how Rachael is three years older than Damon. Hell yes!