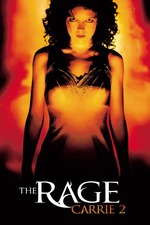 The lead school bully has grey in his beard and probably has a son in the same grade.

The 1999 aesthetic was god awful, just a sea of giant clothes and frosted tips and god awful music - imagine being killed by a Reel Big Fish CD.

Clicking around IMDB and this trivia blurb: “Loosely based on a real-life 1993 incident in which a group of high school jocks, the Spur Posse, were involved in a sex scandal.” is a nightmare. Can you imagine adding telekinetic bullshit to the Bill Cosby sex sca-BACK OFF ITS MINE!

The Road to Dracula