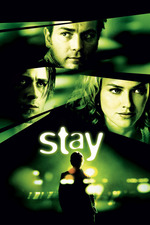 Ok, so I was expecting this to be another crappy thriller wherein Ryan Gosling has terrible hair but then???? it was a trippy as fuck mind-bender???? that I like really enjoyed??? and found super engaging??? Not sure it quite sticks the landing but YOU KNOW ME I'm such a sucker for balls to the wall filmmaking, and any film that truly feels like nothing I've seen before... Incredibly creative editing, costuming, and production design that build an convincingly surreal world that manages to be completely wrong while never being totally unfamiliar. So, we'll see how I feel after I sleep on it but as of right now I kind of loved it.