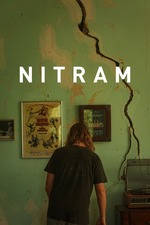 Justin Kurzel’s Nitram concludes an informally designated trilogy of an Australian history whose excavation of heinous violence has metamorphosed across its varied settings; from the brutally realist dramatisation of a serial killer motivated by a hatred for both pedophiles and homosexuals in Snowtown, to a brazenly punk-laden re-interpretation of Ned Kelly’s cultural and political symbol in True History of the Kelly Gang, Kurzel undertakes a survey of national proportions, exorcising the unjust evils of the past as much as he grimly declares their persistent and — provocatively — instinctive presence, even today.

With Nitram, he fictionalises the narrative of Martin Bryant (Caleb Landry Jones), who killed 35 people one morning in 1996, a tragic national event later known as the Port Arthur massacre which led to the implementation of tighter gun laws in Australia. Tellingly, the film has already garnered considerable controversy even before its Cannes premiere, with heated debates ongoing concerning the ethics of dramatising a personal and communal event of horrific brutality for the big screen.

Nitram, however, doesn’t live up to that controversy. It’s neither an egregious lampooning of Bryant’s victims, nor a castigation of the killer’s warped moral order — rather, Kurzel presents a taut and distanced, if sometimes frustratingly so, daguerreotype of a mentally ill adolescent with little recourse to treatment and no solid pillar of support. A loner since childhood, Bryant wanders about aimlessly, out of school and out of work, a now-popular archetype of male insecurity and misogyny ever since the cultural and linguistic advents of involuntary celibates. His parents have largely given up on him, though they still try to fix him with medication and treatment, and Bryant finds a kindred companion in a sickly heiress (Essie Davis) living in the same Tasmanian suburb as him.

The overall plot of Nitram needs no spoiling, having been largely faithful to historical records. Several unfortunate psychological and emotional spirals eventually lead Bryant to his fateful shootout on the 28th of April, 1996. But much can be studied from how Kurzel portrays this. In a way, his recreation of the preceding months in his troubled antagonist’s life displays an admirable refusal to infuse cheap melodrama and sympathy for the latter’s motivations. Doing so would, no doubt, seek to justify the actions of a serial killer, lending credence to the thousands of self-pitying murderers around the world who express their anger by murdering, raping, and desecrating the lives of fellow human beings. (I’m not going to start a full-fledged moral debate here, but I feel this is the minimum consensus any observer should address.)

At the same time, a worrying disengagement clouds our perception of Bryant, threatening on occasion to downplay his psychological specificity and relegate him to caricature. Nitram’s taut pacing and relatively laconic narrative recall Michael Haneke’s oeuvre of character studies, centred around unenviable individuals afflicted by some grotesque sensibility: solipsism, nihilism, masochism, etc. Haneke, however, is a filmmaker whose films situate these sensibilities atop a wider and more revealing backdrop of social malaise, in particular that of a liberal bourgeoisie too inured to its maddening stasis to recognise the metastasis beneath. Where Kurzel emulates this mirroring of personal identity onto a people’s existential angst, he receives mixed results: Snowtown’s unflinching immersion into an environment of ingrained masculinity and abusive authority, for instance, finds its agonising outcome not only in the killing sprees themselves, but more so in the young witnesses to their parental figures’ crimes. Nitram, affixing Bryant’s immediate milieu with superficial fidelity, lacks an impetus found (for better or for worse) even in more ethically suspect genres of exploitation and entertainment.

This delicate balance between distance and disengagement speaks perhaps to a larger meta-textual truth: that portraits of both psychology and psychopathy are fundamentally incomplete, either privy to external irruptions and hence accusations of manipulation, or safekept as closed-circuit, insular entities apropos of nothing else. I think Nitram’s inevitable controversy with both Australian and foreign audiences would — helpfully — touch on this precarious realisation, that the line between empathy and sympathy frequently disappears at the hands of third-parties, of both artists and audiences. Should we, then, disavow films of killers and disgraceful individuals, and by extension historical dramas entirely, since history is chock-full of them? I don’t have a clear answer, but I’m quite sure it isn’t “yes”.

Curiously, the title Nitram is ‘Martin’ spelt backwards, a reference to a nickname frequently used on the character. But it’s also as if Kurzel, in embarking on this dangerous project, were alluding to the artificiality of de- and re-constructing the past, presenting a subtle disclaimer of the inherent impossibility of biography, more so in such a context where the subject has more or less given up his humanity. (A friend of mine, Ashlea, has helpfully pointed out that Kurzel invests more sympathy than necessarily onto a character who was in reality violent towards animals and displayed much more graphic symptoms of psychopathy than was accorded to him onscreen.) As it stands, I’m more than a little conflicted about Nitram, not just in terms of its artistic and ethical merits, but also in its interplay between fact and fiction, narrative and narrativisation. But bringing to light these conflicting ideas might have been Kurzel’s point all along.