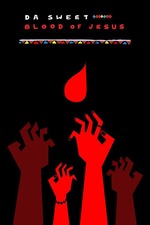 Watching the first hour — because an hour was all I could take — of this stilted, pretentious and empty remake of a pretty interesting experimental art-film, concerning ancient African blood diseases, class differences, the nouveau riche and sex, called Ganja & Hess, directed by Bill Gunn, felt like sitting through The Canyons, Maps to the Stars, Gone Girl and fucking Birdman in some sort of compressed, dehydrated infinitely harder-to-swallow form. Turns out attending a garden party full of dull rich artsy-fartsy black people is just as boring, stultifying and unedifying as attending a garden party full of dull rich artsy-fartsy white people. Does this mean that the American mainstream art-film is dead? We can only hope.