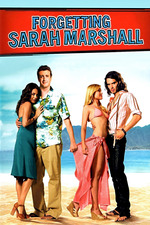 This is by far one of the funniest movies ever starring one of the most hilarious (and underrated) actors ever.

Jason Segel is perfect in this role. No one else could have played him.

The supporting cast all really help though- Mila Kunis, Russell Brand and Kristen Bell are all great- but it's also the minor roles like Jack McBrayer (in his best and most bearable role ever) and Jonah Hill who continue the hilarity. Paul Rudd, Kristen Wiig, Jason Bateman, Bill Hader etc. all contribute massively to the films overall success.

This movie is the perfect example of everyone involved being on top form. I have such minor criticisms and I recon on the next rewatch this will go up to 5.