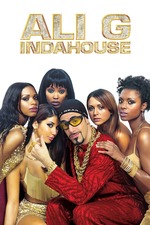 Ali G was one of comedian Sacha Baron Cohen's alter-egos, a racially-confused rapper who gained fame conducting (mock) interviews with political and reputable figures on Channel 4's The 11 O'Clock Show, an alternative news programme which many people watched only for the Ali G segment. It has to be said that it was incredibly funny... In small doses.
This film seems to miss the point of what made Ali G funny and omits the comedy in order to make the character some sort of national hero.
A satire may have worked, but the character didn't really deserve his own feature film, especially one which has him acting like a total knob for 88 minutes.
4/10