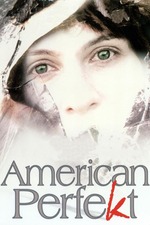 American Perfekt is a strange road movie with an even stranger title, drawing some inspirations from Luke Reinhardt's novel The Dice Man.
Robert Forster plays a mysterious serial killer who makes his decisions based on the outcome of a coin toss. At a road side motel, he abducts a woman so he can show her what became of her missing sister.
Despite good performances and some eerie, atmospheric direction, it's not a particularly memorable film, but a decent debut from writer-director Paul Chart.
6/10