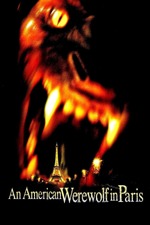 An American Werewolf in Paris

A French remake rather than a sequel to the original classic, An American Werewolf In London, lacking the black comedy that made the original movie such a treat to watch and the transformation visual effects which gave the first movie such bite.
Physical makeup effects are also replaced by poorly-rendered CGI beasties which are about as menacing as a Bichon Frise puppy.
All in all, a pointless exercise which fails to engage fans of the first film or develop a new audience for this one.
The soundtrack has a handful of songs which are okay to listen to on their own, but they really don't work so well in the film itself.
3/10