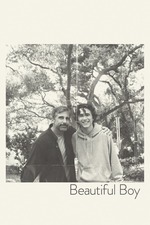 Languid would be the perfect word to describe Felix Van Groeningen's first American film, since it wastes so much time with long takes and arty-farty moments instead of getting down to the nitty gritty of the films subject, which shows a teenage boy's descent into drug addiction from both the boy himself and the father's point of view. Actually, it's more from the point of view of Hollywood's liberal elite, who think that the cure for addiction is just a couple of weeks in rehab and all will be hunky dory.
Steve Carell and Timothee Chalamet play the father and son in this biographical drama, and though both performances are good, I just wasn't convinced that Chalamet was at the depths of despair due to his addiction. Which isn't to say it's a bad performance, far from it, and the scenes where he's required to act, he does very well... but I simply need more than puffy eyes and sleeping on the floor of public bathrooms to demonstrate the evils of crystal meth, and in that respect, this is a very irresponsible film. Look kids, if you do drugs, you can be cool like Timothee.
The filmmakers really needed to pick a side on this one, instead of sitting on the fence to show the story from both angles. Not a bad film, just underwhelming and far too long.
6/10