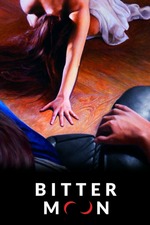 On an Ocean liner, a British couple are drawn into the lives of a crippled American and his sadistic sexual fantasies with his French wife.
Rather humdrum and strange dramatic thriller about the corruption of innocence from a director capable of much better. Some of the steamier scenes are quite fascinating, whilst others are simply strange.
The director is capable of much better work.
5/10