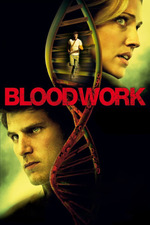 The Last Experiment, also known under the titles Blood Work or Phase One, is clearly a made-for-TV horror film, starring a no-name cast and utilising the same establishing shots multiple times throughout its 96 minute running time.
Greg & Rob are a pair of students who take part in a pharmaceutical study to make some extra cash. Under the pretence of testing allergy medicine, it soon emerges that they are being used as guinea pigs for something far greater.
The film is quite poor, and even with a bigger name cast and increased production budget it probably wouldn't have been particularly good either, but there are couple of scenes which are quite insightful and wouldn't feel out of place in a much better movie.
It's the sort of film that, if you stumbled upon it after midnight on the telly, you'd probably tune in for, but it really isn't worth seeking out.
4/10

The Two Faces of January