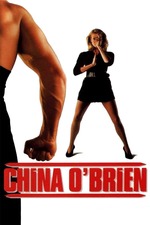 When her father is murdered, a former cop takes over his role as sheriff of a small town and uncovers corruption within.
While this martial arts action flick wins brownie points for the novelty of having a heroine at the helm, it's all rather cliched and doesn't really get much better than its opening action scene, which really is quite a lot of fun.
Despite some ropey performances and a very formulaic plot, it is quite enjoyable, as long you're not expecting too much from it.
A sequel followed almost instantly.
5/10