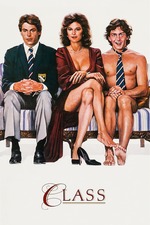 Following the huge successes of films like National Lampoon's Animal House and Porky's, more and more sex comedies of the 1980's seemed geared towards an adolescent audience, and the pattern continued with 1983's Risky Business and Class, amongst others.
In this film, a college freshman has an affair with an older woman who turns out to be his roommate's mother, causing a huge rift between the two students.
This teen-orientated comedy possibly got lost amongst many similar themed films from the same era and hasn't been remembered as fondly as the majority of them, which is a shame, since it's quite an enjoyable watch, but if you're looking for something with a little more class of a different kind, it may be best avoided.
6/10