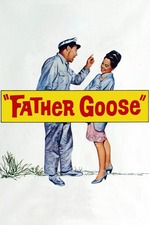 Wartime comedy featuring Cary Grant cast against type as a gruff sea captain who finds himself in charge of a group of refugee school children and their teacher.
The story meanders between adventure, farce and sex comedy, but features some funny lines of dialogue.
Good old-fashioned fun for a rainy Sunday afternoon.
7/10

Father of the Bride