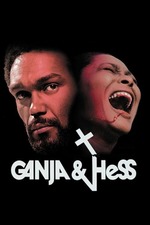 Released during the height of blaxploitation cinema, this twist on vampire movies stars Duane Jones as a New York anthropologist who develops a blood lust after being stabbed with a Myrthian dagger by his crazed assistant.
Clearly filmed on a super low budget, the film does get bogged down in a lot of cultural references and a lot of boring chit-chat.
The film developed a cult following, even inspiring a reimagination from director Spike Lee.
6/10