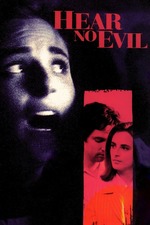 Despite winning the Best Actress Oscar for 1986, Marlee Matlin's career as an actress never really developed much further beyond that, and this sub-par 1993 thriller is far beneath her talents.
It's your usual run-of-the-mill serial killer stuff, the only difference here is that the lead character is hearing impaired.
Marlee Matlin does as good a job as could be expected with the script that has to work with, but this really isn't anything more than TV movie-of-the-week standard.
5/10