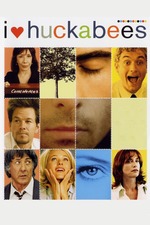 This "existential comedy" was possibly the most divisive film of 2004 with many calling it genius and an equal amount calling it pretentious twaddle.
In Short Cuts style, the plot follows a collection of characters, but the main story thread focuses on Albert Markovsky, who hires a pair of detectives who specialise in investigating the meaning of life for their clients, as he wants them to explain coincidences which happen in his day-to-day life.
Totally different from anything else you'll ever see, but to call it genius is reaching, especially when you consider that the writer-director thinks it's the weakest film from his filmography. For me, it was pretentious twaddle.
4/10

I Know What You Did Last Summer

I Don't Want to Be Born