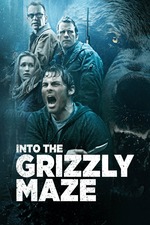 The late 1970's saw a spike in Man vs Nature thrillers, mostly cashing in on Jaws, and there seemed to be a renewed interest in the subgenre post 2010, with films like The Grey leading the way.
Into The Grizzly Maze sees a pair of estranged brothers reunite in the remote Alaskan wild, where they becomes stalked by a grizzly bear.
Released the same year as the far superior "The Revenant", this film just doesn't hold up In comparison, and isn't particularly good on its own merit. Boring plot, boring characters and instantly forgettable.
4/10