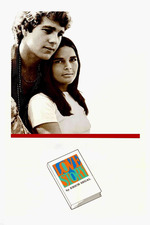 Considered a huge classic at the time of its original release, some may say due to the iconic theme by Francis Lai, it's a much imitated romantic story of a love affair torn apart by a terminal illness.
The generation who grew up with it will appreciate it most and it will still garner favour with fans of romance. More cynical viewers will find little to enjoy about it, except perhaps for John Marley's supporting role as Ali MacGraw's character's hard-bitten father.
7/10