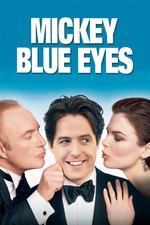 Meagre attempt to cash in on Hugh Grant's popularity at the time by casting him in this tepid rom-com about a charmingly befuddled English auctioneer who gets inadvertently involved with the Mafia when he falls in love with a teacher whose father is a mobster.
It's all one-joke sitcom stuff with annoying performances and not much to laugh about.
4/10