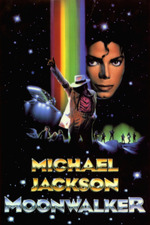 A novelty piece in which Michael Jackson uses the power of his music to defeat the mob. Cashing in on the huge success of the biggest pop star of the 1980's saw it receive a huge following from the wealth of fans that the King of Pop possessed.
There's some pretty good special effects in the opening montage and the soundtrack of Michael Jackson songs is amongst his best works. The enjoyment factor is wholly reliant on whether or not you're a fan of the singer, and even so, it's nothing amazing.
5/10