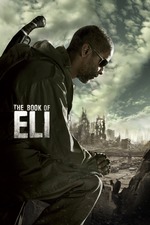 The Book of Eli

Unfortunately, this was a movie that was ruined for me because I knew something about the plot that added to the dramatic impact of the film's conclusion.
The plot is pretty much Mad Max meets The Postman, starring Denzel Washington as a messenger travelling through a post-apocalyptic wasteland, delivering a book that contains the secret to save humanity.
Visually, the film looks great, with gloomy cinematography and convincing sets & costumes. The performances are also very good.
Perhaps it deserves more than the rating below, because I knew too much, it lacked the payoff that it really should have had.
6/10