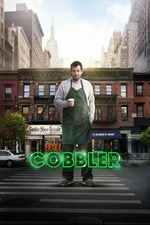 The story and screenplay to this fantasy-comedy are complete and utter cobblers, but for brainless entertainment value, this film pretty much does its job.
Adam Sandler plays a third-generation shoe repairman who operates out of his rundown store in the Lower East side of NYC. When his regular stitching machine breaks down, he uses an old heirloom and soon discovers that he has the ability to take on another person's persona by wearing their shoes.
The premise is absolutely ridiculous, but when has that not been an issue for an Adam Sandler comedy? Nevertheless, it runs with it and, thankfully, Sandler plays a character who is nowhere near as unlikeable or obnoxious as his usual output. The film also saves some space for a plot twist that came as a genuine surprise, despite the fact that it makes very little sense the more you think about it, but then again, when you remind yourself of the general plot, this is quite forgivable.
By no means is this a great film, but neither is it at the foot of the table when it comes to comedy movies released in 2014/15. I actually think this is one of Sandler's better films, though this isn't saying much.
5/10

Alvin and the Chipmunks

Before I Go to Sleep