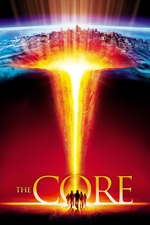 A group of scientists have to travel deep into the Earth's core to prevent a series of natural disasters.
It's Armageddon, except it isn't in space, but it has the far-fetched plot, ridiculous physics, cardboard characters and goofy dialogue. The special effects are good at some points but rather poor elsewhere but the worst thing about this is the plotholes & idiotic science (the world has stopped turning but it's the same time in Hawaii, Alaska, LA, London, Paris & Rome). Brainless entertainment reminiscent of science fiction B-movies & disaster movies of yesteryear but Jules Verne it isn't...
5/10