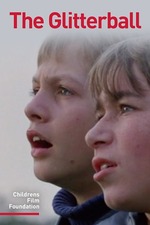 Decent British children's short film from the late 1970's about two schoolboys who discover a mysterious alien sphere and try to help it get back to its mothership, but the army and a petty crook try to foil their plans.
The plot may sound like a low-budget British version of E.T., but it's really nothing of the sort. It has dated quite badly and will probably be quite hard to find, even in the bargain basements of a local rental store.
6/10