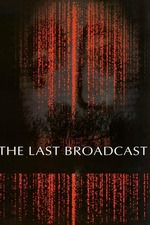 Pre-dating The Blair Witch Project, this "found footage" documentary style mystery has a much better, more solid storyline than its more successful doppelgänger, with a lone filmmaker attempting to piece together the "Jersey Devil" crimes, an unsolved murder of another film crew attempting to make contact with supernatural beings deep in remote woods.
Only the ending, which seems to belong to a different film altogether, disappoints an otherwise decent entry to the found footage subgenre of horror movies.
6/10