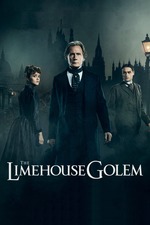 In Victorian London, a serial killer is on the loose, leaving cryptic messages written in blood at the scene of the crime. Scotland Yard appoint seasoned detective Inspector John Kildare to the case, who has to piece the investigation together from witness reports to find the ghoulish murderer.
The film does a fine job recreating the period, as well as building tension, but with umpteen similarly plotted films concerning Jack The Ripper, this just doesn't quite measure up.
Fair entertainment for its duration, but not particularly memorable. I also think that the title is particularly weak, especially if you're not from London and don't have a clue where Limehouse is.
6/10