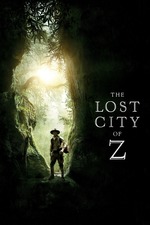 The Lost City of Z

The Lost City Of Z is a biographical adventure film inspired by true events in the life of Percy Fawcett, a British explorer in Bolivia and his attempts to locate an ancient lost city.
The legend of the real Percy Fawcett is quite well known, as it was his character which served a huge inspiration to Indiana Jones, as well as other similar fictional characters in popular culture.
This isn't this type of adventure film though, taking a low key approach to the material which makes it drag quite heavily throughout its lengthy running time.
The casting leaves a lot to be desired as well, and seems to have Charlie Hunnam and Robert Pattinson cast so the film would be marketed at a teenage audience. It has to be said that neither performances are particularly bad, but they won't win any awards either.
It is worth a watch, but it's nowhere near as epic as it really could have been.
6/10