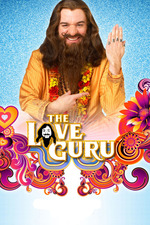 This woefully unfunny excuse for a comedy was so poorly received, Mike Myers career still hasn't recovered from it over a decade later.
He plays a hapless love guru who is hired by an ice hockey team to work his skills on their star player, whose marriage troubles is affecting his game.
The plot is ridiculous, the jokes aren't funny, it's culturally offensive and the performances are irritating, even from Ben Kingsley, making a brief cameo as a character called Guru Tugginmypudha, which speaks volumes about the quality of humour presented here.
Unsurprisingly, the film was voted the worst of 2008 at the Golden Raspberry Awards.
2/10

The Battle of Algiers