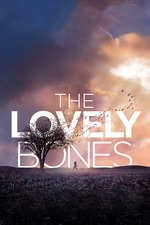 Despite the best efforts of an excellent cast, The Lovely Bones isn't so lovely. I've not read Alice Seberg's original novel, but this adaptation is nothing like the profound story of the afterlife I was expecting and was merely an excuse for Peter Jackson to show off how mesmerising and dazzling CGI can be.
Saoirse Ronan gives a great portrayal as Susie Salmon, but it's all in vain when Peter Jackson uses her only as a character to manipulate the visual effects around. Rachel Weisz is excellent with the poorly-developed character she has to work with and Mark Wahlberg is okay with the grieving father role. Susan Sarandon is completely superfluous to the plot and merely exists for unnecessary comic relief. A shame.
The best performance by far is Stanley Tucci as the ominous neighbour. He brings the perfect amount of creepiness and humanity.
Despite the acting and visual effects, the whole thing's a bit of a mess.
It's not the cinema heaven I was anticipating from the trailers, nor the cinema hell I was warned about from some other reviewers. It's just like the CGI labyrinth Peter Jackson displays on show for us within - a complete cinematic purgatory.
5/10