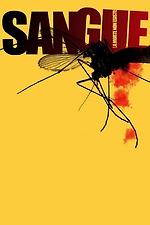 I will never experience a movie like this.
Watched in Rome at Cinema in Piazza. Elio Germano (yes, you read that right. Elio Germano) introduced the movie.

This was a night organised to commemorate the late Libero De Rienzo. His family and colleagues were there to say goodbye and watch some of his work.

I have only seen Libero as an actor in Smetto Quando Voglio, in which he really stole the scene and ran with it. They screened his acceptance speech for the David di Donatello Awards 2002. He used that platform to talk about the Palestinian struggle and medical aids.

Previously that morning I went to the Verano cemetery to see Vittorio De Sica’s memorial. This morning I am mourning two of the greatest directors that Italy had.

I may be completely biased as I found myself surrounded by his family (and Elio Germano, have I said that already? Cause I was less than a meter away from him for a solid hour. If you are in my insta private friend you know 👀) which made the experience very emotional. But the more I think about it, the more I really liked it.

Anyway, the movie straight off the bat hooks you thanks to the storytelling and the editing. It’s a story about the fear of living, not the fear of dying.

The final monologue by Germano’s Yuri was absolutely the best part. Libero’s character and his words feel very bittersweet now.

This was contorted and wrong and yet so perfectly right. It’s not set up to teach you some patronising life lesson, it’s just responding to contemporary Italy and its values. And it works so fucking good.