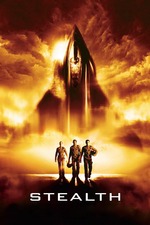 The apex predator of porridge-brained War on Terror action cinema, stirring archetypal global boogeymen into a hormonal stew that suggests its legendarily meatheaded director saw the previous year’s “Team America: World Police” and had the joke fly over his head. Indeed, there are hints that W.D. Richter had conceived this as a satire of sorts, but my pet theory is his original conception got caught up in the cogs of studio machinery to produce something where the tone of straight-faced technobabble is deaf to the ludicrous machinations of the plot.

Regardless, this proves Cohen’s adolescent inclinations work best when they’re freed of the strictures of the physical world. There’s some dated CGI work in here, to be sure, but images like blackening clouds in the aftermath of an exploded jet, or a massive plume of water mushrooming in a CG matted magic hour demonstrate an infectious willingness to lend biblical proportion to the utter anti-logic gibberish that becomes of the script. Scathing reviews likened this to a video game upon release, but I need to be honest; between the almost-hypnotic glides between digital spaces and its nigh-fetishistic pyrotechnic detail, it’s one I would kill to play.